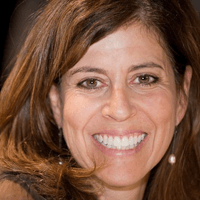 While working for a leading global communications agency I had a light bulb moment that would ignite a passion and illuminate a higher purpose that would take me on an exciting entrepreneurial adventure.

My journey began when a client engaged us to produce their 150th Anniversary global celebration, a purely positive experience. To do more of this challenging and rewarding work I needed to know more about how great organizations leveraged their anniversary, beyond the celebration.

Because there was no central place to go for information, I gave myself the best education available by speaking with hundreds of “milestone masters” who are marketing, communications and brand executives who shepherded successful anniversary campaigns for major corporations, notable non-profit organizations, and higher-education institutions. What I learned expanded my thinking beyond what I ever could have imagined an anniversary would accomplish. I call these outcomes “The Anniversary Effect.”

Executives revealed that a unique challenge was that they never led an anniversary campaign and that to learn about best practices from their peers would have been invaluable. I answered this call by creating The Anniversary Forum in 2014 as the only event of its kind dedicated to anniversary planning and execution. The inaugural Forum sold out to world class organizations and has been growing year over year.

The Anniversary Forum and our consultative work is the foundation for Anniversary University®. Recent clients include Southwest Airlines, Avnet, Shriners Hospitals for Children, West Pharmaceuticals Services, and Southeastern Louisiana University.

Prior to founding Anniversary University® I was part of the lead team establishing three of our nation’s premier conferences for women with over 20,000 attendees. Maya Angelou, Justice Sandra Day O’Connor, Jack Welch, Melinda Gates, Hillary Clinton, Indra Nooyi, Zaineb Salbi, and Jane Goodall were among our speakers.

I’ve been executing great ideas and building powerful relationships for common good my entire life and I love what I do.

My proudest accomplishment is giving roots and wings to my grown children pursuing their passions in New Orleans and Boulder Co.