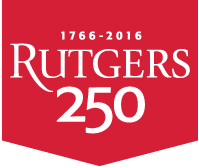 Since leading our award-winning 250th anniversary at Rutgers University, I have often been asked: what were my most important responsibilities as the celebration’s executive director? My main role, quite literally, was to become a conductor overseeing and coordinating all of the myriad parts of the anniversary celebration.

Looking back, however, I also know that all this activity grew out of what felt like a very long planning period, when many aspects of the eventual direction were not yet clear; the same was true of funding and support for the anniversary. I sometimes felt like Professor Harold Hill, in the Broadway musical “The Music Man,” who needed to distract everyone while they waited for the music, instruments and uniforms to arrive. If I could just get everyone to hum a similar tune, I thought, we could start to formulate how we would get to the actual anniversary.

In retrospect and surprisingly, this general approach truly worked, as it emphasized some key elements
of my job:

Although planning the 250th wasn’t easy (and I do have the scars to prove this), I and other experts, have been pulling together and synthesizing the details behind all the work that goes into anniversary planning.

We will be discussing some of the most important principles at The Anniversary Forum on April 30, 2019 – New York City.  Join us!  See details anniversary-university.com

If you can’t make this Anniversary Forum, check back because they happen annually.

As a Milestone Master with Anniversary University™, we are also prepared to work hand in hand as consultants to help make the most of your organization’s once-in-a-lifetime anniversary celebration.